As a gamer, you’re obviously looking for the best experience possible. When you’re playing your favorite game, you want it to run as smoothly and quickly as possible, with no lag or glitches.  You will need a monitor with high refresh rate, the best cooling system, etc.

That’s why we’ve put together this guide on how to set up your PC for smooth and hassle-free gaming. Let’s get started.

If you’re using an old monitor with a low resolution or refresh rate, upgrading will help make your games look better than ever before. We recommend upgrading to at least 1080p resolution preferably higher as well as a 120 Fps panel if possible.

If you want a truly immersive gaming experience, you need a screen that supports 120 fps (frames per second). This is the new standard for high-end monitors and TVs.

The best part? All of the latest gaming monitors support 120 fps. You don’t have to worry about compatibility issues with current games because they all support this standard.

Malware is software designed to cause harm to computers or networks, such as viruses and ransomware. A virus can infect your computer while you’re playing a game, which can cause it to crash or slow down significantly.

Install antivirus for your PC for smooth and hassle-free gaming. AntiVirus software will scan your computer for viruses, malware, and other threats that can slow down or crash your computer.

Set up Windows Update so that it automatically installs any new updates as soon as they become available. This helps to keep your PC secure from viruses and malware.

One of the most common problems facing gamers is outdated drivers. These software updates fix bugs and security vulnerabilities, but they also ensure that everything is running smoothly on your computer. If your driver updates aren’t up to date, it could be causing problems or slowing down your frame rate.

Graphics card drivers are software programs that tell your graphics card how to operate so that it can produce better-quality images on your screen while playing games or watching videos.

It is important that you keep these updated regularly because they improve performance and fix bugs that might have been causing problems before the update was released.

Get an SSD Instead of an HDD

If you are looking for faster loading times, then it is better to get an SSD instead of an HDD for your computer’s storage needs. A solid-state drive does not have moving parts and can access data faster than traditional hard drives do.

This means that when you play games on your PC, it will load faster and run more smoothly than if it had been using a hard drive instead of an SSD drive as its storage device.

It is important to upgrade your RAM memory too as this will make your computer run faster overall and allow it to perform tasks more quickly than before when it was just running on the default amount of RAM memory its manufacturer installed.

If you don’t have enough RAM memory on board already, then upgrading would be a good investment because it will enhance how well your PC performs overall.

The recommended amount of RAM memory for most games is 8GB, which should be sufficient for most games but if you plan on playing anything more demanding or graphically intensive then you might want to consider 16GB or even 32GB depending on how much money you have available. The latter option might be pushing it though as this can be quite expensive.

Another important thing any gamer needs to do when setting up their new gaming rig is upgrading their cooling system. No matter what type of game you play; whether it’s FPS or strategy, even the most powerful graphics card can overheat if not properly cooled.

An overheated card can cause serious damage to its components and potentially ruin your entire machine.  For this reason, you need a CPU cooler that can keep your processor running at optimal temperatures without breaking the bank or taking up too much space.

Get Rid of Unnecessary Programs

If you’re using an older computer, there’s a good chance that it’s running slow because of all the junk you’ve installed on it over time. To get rid of this clutter, open File Explorer (Windows) or Finder (Mac) and click on the “Applications” folder at the top level of the hard drive.

Find each program that isn’t necessary and right-clicks on it. Choose “Uninstall” from the menu that appears. Repeat this process until all unnecessary programs are gone from the hard drive.

After uninstalling programs, clean up by removing unwanted files from your hard drive. This includes temporary files created by browsers as well as other apps like Dropbox and Google Drive. What to Look for in a Gaming Webcam 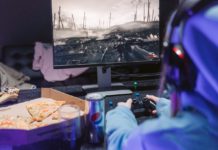 How to Bet on eSports: Understanding Odds and Markets 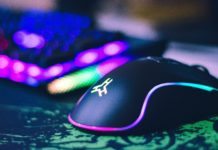