In those instances where you have an employee who is federally regulated displaying signs of potentially being under the influence of drugs, alcohol, or both while at work, you may have some concerns about the potential consequences and liability of getting things wrong. It can be difficult to know what to do. But do not worry as we are here to help you.

It is important that you realize that in accordance with DOT federal regulations, you are actually legally required to step in and intervene.

While there is no need to delve into all of the specific DOT regulations since all these will be learned during an online training for supervisors, it is important to be aware that they will contain wording like “Employers shall require that a driver submits themselves to testing for controlled substances where there is reasonable suspicion that they are in violation of subpart B in relation to illicit substance. Note in this example that the wording does not state “might require” or “may require”, it plainly says that they “shall require” and so if there is reasonable suspicion then it is a requirement that you must act.

Are you allowed to demand a DOT reasonable suspicion drug test?

Anyone who supervises workers that perform safety sensitive jobs are well within their right to demand that a DOT reasonable suspicion drug test is performed. However, this is only true for those supervisors who have gone through the proper training to be able to spot the symptoms or signs.

Determining if it is a performance situation or a crisis

Where a worker is displaying the symptoms and signs (e.g. erratic or violent behavior, slurred speech, loss of balance, blurred vision etc.) then it is vitally important that the worker is removed from the workplace and cease to perform their safety sensitive job. This is because this is what is known as a crisis situation. You should not hesitate as the safety of the public, colleagues, and the worker themselves are all possibly at risk.

If suspicion is as a result of things like a worker not performing well, continually being late to work, changes in their behavior, then this should all be documented in order to build up a case for a DOT reasonable suspicion drug test further down the line. This is typically done by performing reviews of the workers performance and by setting workplace goals. This provides the opportunity to not only document the history of the worker’s behavior, but also set them goals that are performance based and mutually agreed to. If, for whatever reason, they do not meet these goals, it helps to create the perfect case against performing a DOT reasonable suspicion drug test. This is of course based on the assumption that the observable symptoms and signs lead you to believe that one is necessary.

The start of the symptoms and signs

For observations to be well founded it is vital that they happen either right before or immediately after a safety sensitive job has been performed.

Are the observations based on contemporaneous, articulable, and specific information?

It is specified by the United States Department of Transport (DOT) that observations made by supervisors must meet certain criteria.

Is an observation required by two members of staff?

The short answer to this question is no. It is more than OK for only a single supervisor to decide whether or not a DOT reasonable suspicion drug test is required. However, there are certain criteria that need to be met in order for this to be the case. For instance, if a company is covered by the Federal Aviation Administration (FAA) and employs in excess of fifty workers, then another supervisor would need to be present and make the same observations. At least one of the members of staff must be fully trained to be able to spot the symptoms and signs in order for the testing to take place.

Interviewing the worker and keeping it confidential

In order to intervene in a situation where observations of the symptoms and signs of illicit drug use have been made, the worker should be immediately removed from their safety sensitive job and then taken into a location, such as an office or meeting room that is private where they should be asked to explain their behavior. Their response needs to be accurately documented and all of the information that they share is kept completely confidential. The idea of the intervention is to document what the worker says, rather than getting them to admit use. After all, they may have a completely legitimate reason that explains their behavior. For instance, their bloodshot or red eyes may be the result of an allergy. However, if this is in conjunction with things like a loss of balance and / or slurred speech, then you know that their explanation may not hold up.

What to do if a worker refuses to do a DOT reasonable suspicion drug test?

The worker should be informed that refusing to take part in a DOT reasonable suspicion drug test comes with the same outcome as a positive test, i.e. termination of their contract and removal from the workplace. 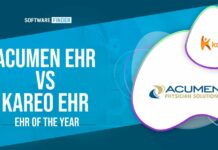 Acumen EHR vs Kareo EHR – EHR of the Year 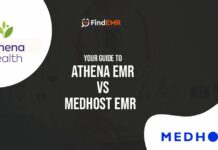 Your Guide to Athena EMR vs Medhost EMR A Typical Day In The Life Of A Senior Living Community