Trusses are the most critical engineering element in the rising civil engineering competition. The growing demand for trusses in the building industry is due to long-span constructions that are low in weight. Truss manufacturers have played a vital part in civil structures alongside the expansion of the steel industry since the use of steel as a building material due to its increased strength with lower mass. Trusses were created with timber planks in the past and are still made with them for aesthetic reasons. Trusses are integral structural forms in roof trusses, bridges, electrical and telecom towers, and even structural frames.

Trusses are defined as the triangulation of members to create a stable structure. Convergence is the mathematically sound configuration. Top chords, bottom chords, vertical chords, and diagonal chords are the four members of a truss. The trusses’ primary functions are as follows:

The majority of truss manufacturers use lumber to make a truss. Truss lumber must be of good quality to endure a lot of tension. Machines stress-rate the majority of wood, grading its quality. Some governments, such as Canada’s, have wood grading regulations. In trusses, plates are supplementary material. They’re vital metal pieces, usually galvanised steel, used to keep wood together at seams. Plates carry tension from the truss’ wooden beams to the junction. As a result, the truss can support more weight.

Transporting weights from the above structures

How Do They Work?

Many people are perplexed about how and why a modest device like trusses can support such massive loads. Others doubt trusses’ capacity to perform to their full potential without causing damage or loss of life.

Consider constructing a triangle shape out of some sticks, then a four-sided figure out of identical posts. In comparison to the other, the triangular-shaped construction maintains exceptionally rigid stiffness and durability even without appropriate bolting. The loads are usually applied at the triangles’ joints when trusses are designed this way. The trusses are subjected to axial forces that are either in compressive stress. Whenever a load is applied to any portion of the truss, its load is uniformly distributed across the truss and supported. But each of the sections is axially positioned, the trusses are efficient.

What Is A Truss’s Main Function?

Bridges, roofing, and towers are the most common uses for trusses. They are used in construction to support significant amounts of external loads. Trusses give a healthy and safe roof system to support a roof. Additionally, they provide an optimal vapour barrier that prevents mould growth. They also aid in providing effective insulation and ensuring that a structure is adequately ventilated. Ultraviolet radiation is kept out of homes and facilities because of trusses. Trusses are eco-friendly, improve energy efficiency, and help support and strengthen the roof structure.

What Are Trusses Used For?

Other uses of trusses were spelt out now that the primary objectives of this fantastic material have been spelt out. Here are a few examples: 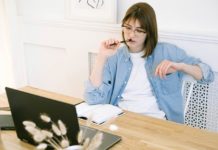 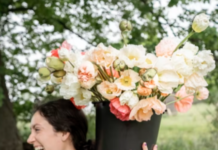 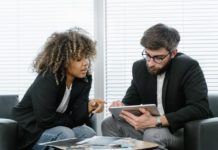 How To Provide Your San Diego Business With Focus Which Leads To Innovation.